I’ve been off and on this project of mine for some time now. Finally, it’s almost finished! For those of you who are familiar with sheet metal machines aimed through the artistic fingers of craftsman I need not explain, but those wondering what this machine is for? Basically, it takes the place of the ol’ mallet over sandbag metal forming but is much, much faster! A couple years back I had the opportunity to take a metal working course at TM Technologies (www.tinmantech.com), I had been interested in this since I was first introduced to power hammering back in ’03. Kent of TM Tech was my choice, he had a very specialized air-hammer version that he had been developing since the 80’s! After four stupendous days of direct hands on training at his facility in Northern California, I came away with years of knowledge and knowhow. I bought some of the specialized tools from TM and built my own version around them. Now, what project do I do first….? 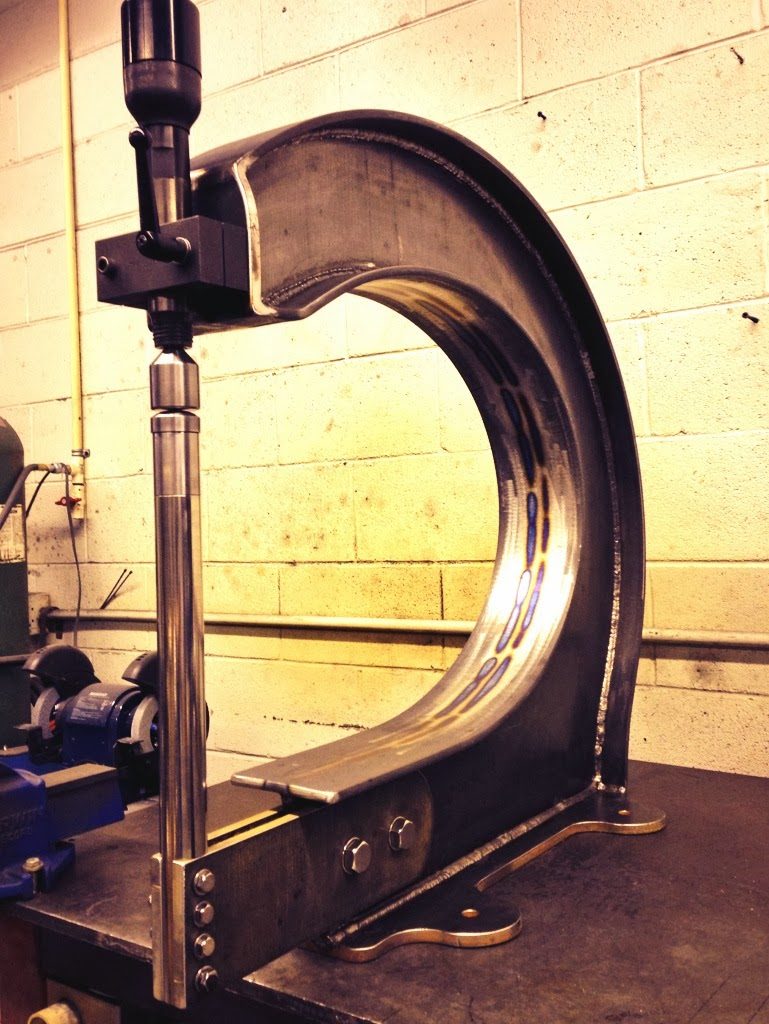 Trillion Industries has moved to a brand new building!